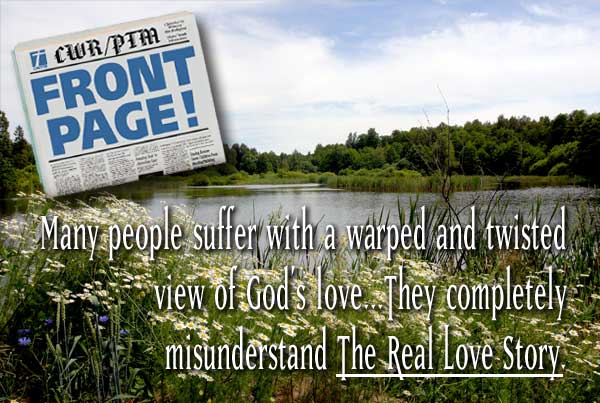 ﻿For God so loved the world that he gave his one and only Son, that whoever believes in him shall not perish but have eternal life. For God did not send his Son into the world to condemn the world, but to save the world through him.—John 3:16-17

It's been said that love is the most powerful force in the universe because it alone can conquer the human heart. But God's love does not coerce. God's love works in our lives by our consent.

Sadly, they see God as an abused person may see their spouse, their parent, their teacher or their pastor. They perceive God as yelling at and threatening them, "for their own good." They think that he must yell at them and threaten them because he loves them. People come to believe that God is angry and upset with them, and that he wants them to accept his love by enduring horrible suffering. People actually come to believe, as a result of religious propaganda, that they need to be in pain. They have been convinced that they need to hurt, and because he loves them, God makes sure that they suffer.