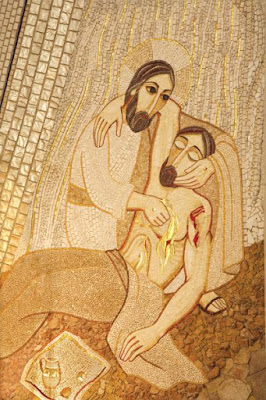 8 For you were once darkness, but now you are light in the Lord. Walk as children of light 9 (for the fruit of the Spirit is in all goodness, righteousness, and truth), 10 finding out what is acceptable to the Lord. 11 And have no fellowship with the unfruitful works of darkness, but rather expose them. 12 For it is shameful even to speak of those things that are done by them in secret. 13 But all things that are exposed are made manifest by the light, for whatever makes manifest is light. 14 Therefore He says:
“Awake, you who sleep,
Arise from the dead,
And Christ will give you light.”
15 See then that you walk circumspectly, not as fools but as wise, 16 redeeming the time, because the days are evil.
17 Therefore do not be unwise, but understand what the will of the Lord is. 18 And do not be drunk with wine, in which is dissipation; but be filled with the Spirit, 19 speaking to one another in psalms and hymns and spiritual songs, singing and making melody in your heart to the Lord.

Gospel Reading: Luke 10 - The Parable of the Good Samaritan

25 Just then an expert in the law stood up to test Him, saying, “Teacher, what must I do to inherit eternal life?”
26 “What is written in the law?” He asked him. “How do you read it?”


27 He answered:
Love the Lord your God with all your heart, with all your soul, with all your strength, and with all your mind; and your neighbor as yourself.
28 “You’ve answered correctly,” He told him. “Do this and you will live.”
29 But wanting to justify himself, he asked Jesus, “And who is my neighbor?”
30 Jesus took up the question and said: “A man was going down from Jerusalem to Jericho and fell into the hands of robbers. They stripped him, beat him up, and fled, leaving him half dead. 31 A priest happened to be going down that road. When he saw him, he passed by on the other side. 32 In the same way, a Levite, when he arrived at the place and saw him, passed by on the other side. 33 But a Samaritan on his journey came up to him, and when he saw the man, he had compassion. 34 He went over to him and bandaged his wounds, pouring on olive oil and wine. Then he put him on his own animal, brought him to an inn, and took care of him. 35 The next day he took out two denarii, gave them to the innkeeper, and said, ‘Take care of him. When I come back I’ll reimburse you for whatever extra you spend.’
36 “Which of these three do you think proved to be a neighbor to the man who fell into the hands of the robbers?”
37 “The one who showed mercy to him,” he said.
Then Jesus told him, “Go and do the same.”

In this Epistle reading, Paul's warns his first readers and us today to walk as wise people and not as unwise people because the days are evil. In fact, the book of Ephesians mentions our walk eight times in a relatively short letter. By walk, Paul refers to the way we live. He tells us to walk wisely, to walk worthily, and to walk as children of light. We still use this metaphor today when we talk about someone’s walk of life. When we call to mind how we walk, the Gospel reading brings to mind the various people 'walking' the Jericho Road.

1. The Walking Half-Dead: First we have the man walking along who is mugged by bandits, robbed and beaten half to death. He was on the way from Jerusalem to Jericho, which some of the Fathers saw as symbolic of a journey from communion with God toward a sort of sin city. What happens in Jericho stays in Jericho!

The walk to Jericho is somewhat parallel to the prodigal son walking away from the Father's house towards the far off land of debauchery that ended in the pigpen. For those who walk away from the mercy of God into self-will, it often happens that the thief comes to steal, kill or destroy. This is not about God punishing us for our sins, but rather, vulnerability to consequences of walking away from mercy.

2. The Busy Religious Guys: Second, the priest and Levite were also walking, and here too is a walk away from mercy. Even though they were busily rushing to their next religious task, perhaps even the Divine Liturgy, they were, like the elder son in the prodigal son story, far from the Father's house. Rather than pausing to show mercy to the victim, they were engaged in their own self-righteous striving and self-will. They ignored (even though they saw) the one in need of compassion, perhaps judging him for his plight instead of ministering to him. “He deserved it. If he had done this or hadn’t done that … And anyway, we wouldn’t want to enable him by helping.”

And on they went.

There is another way. Even the great hierarchs who wrote our liturgies, St Basel the Great and St John Chrysostom, insisted that true worship is ministry to those on the margins. “If you can’t find Christ in the poor, you will not find him in the chalice.” Basil saw his worship embodied in the hostels, hospices and hospitals that he established. We see it today in these monks, senior citizens who nevertheless make 5&2 Ministries part of their liturgy, the streets of Abbotsford one of their prayer cells.

It could be that the parable also implies the inadequacy of the Law to heal the broken ones. Grace alone is sufficient to restore those half-dead along the way.

Both of the first two describe the ways we might walk in darkness (from the epistle), whether in unrighteousness or self-righteousness. The next characters indicate what it is to walk wisely, as the children of light.

3. The Good Samaritan: The Samaritan also walked by, but his walk was wise, the walk of the children of light, because the love of God compelled him to truly see, to stop and to help. This kind of pausing is a miracle, especially these days, and stopping to help is even avoided because of fear of litigation. But amazingly, the very words of Jesus have found their way into model justice systems wherever a 'Good Samaritan law' has become necessary. Good Samaritan laws tell us that we have an obligation to see, to stop and to help those in need. In some nations they refer to traffic laws that require drivers to stop at the scene of an accident. In Canada, the Good Samaritan laws require us to report any knowledge we have of a child being harmed or abused.

So now even the world sees a human obligation to stop and help. Do we? Can we be compelled by love of Christ and love of neighbour rather than the law?

Of course, the Samaritan is also a type of Christ, the One who descends into the ditch (as he did with the lost and tangled sheep) to rescue those beaten down by the thief of our lives and robber of our souls. Rather than scolding the victim or telling him how he deserved it, the Good Samaritan saves him, applying bandages, oil and wine. The OSB connects to baptism, chrismation and the Eucharist as the medicine in our healing. He then walks him to the Inn for care.

Note that Christ also casts the role of the hero to the feared and hated 'other' ... a Samaritan, those despicable enemies of the full-blooded Jews. Making the hero a Samaritan was a direct assault on their bigotry and tribalist us-them mentality. Moreover, Christ is even identifying himself with that very other, as if the parable today were called "Christ, the Good Muslim." In fact, in John's Gospel, when Jesus was accused by the ‘birthers’ of being a Samaritan and possessed by Belzebub, he only replied, 'I'm not possessed." He was not ashamed to be seen with or identified with those on the other side of our prejudice. And it seems Luke may be repurposing the parable for the Jew-Gentile tensions of his readers.

4. The Hospitable Inn-Keepr: Finally, the Inn-Keeper, though not walking literally, does engage in a noble walk of life: hospitality. Hospitality is not just a left-over gift for those who can’t do anything else. It is more than clicking the on-button on a coffee maker. The hospitality of Abraham to the Lord and his angels-in-disguise was the foundation of Judaism. The hospitality of the Theotokos welcomed God the Word into his first home on earth: her womb, and through her womb, into our world. So too, the hospitality of the Inn-keeper is crucial to the parable and to the plan of God in our world.

The Good Samaritan, in delivering the victim of the enemy to his care, converts the Inn into a Hospice ... both are works of hospitality, but now the task of healing is added. The Church is this Inn ... a place of hospitality and healing if we are walking wisely. Too often it has been turned into a courtroom and even a prison. But for those who have ears to hear today's readings, our Lord Jesus Christ reminds us afresh that he has given us the resources we need to be a hospitable hospital. Even now, Canada and this monastery are serving as an Inn for some of the refugees of war—those whom Christ, the Good Samaritan is delivering. And when he returns, he says, “IF there is anything owing he will repay it in full.”

Let us, therefore, walk wisely and worthily, as children of light—seeing, stopping and serving—a hospitable inn and hospice for the downtrodden and stranger, the immigrant and the refugee, giving freely, even of our time.
Posted by Brad Jersak at 4:13 PM