The Long Road Back - James Webster 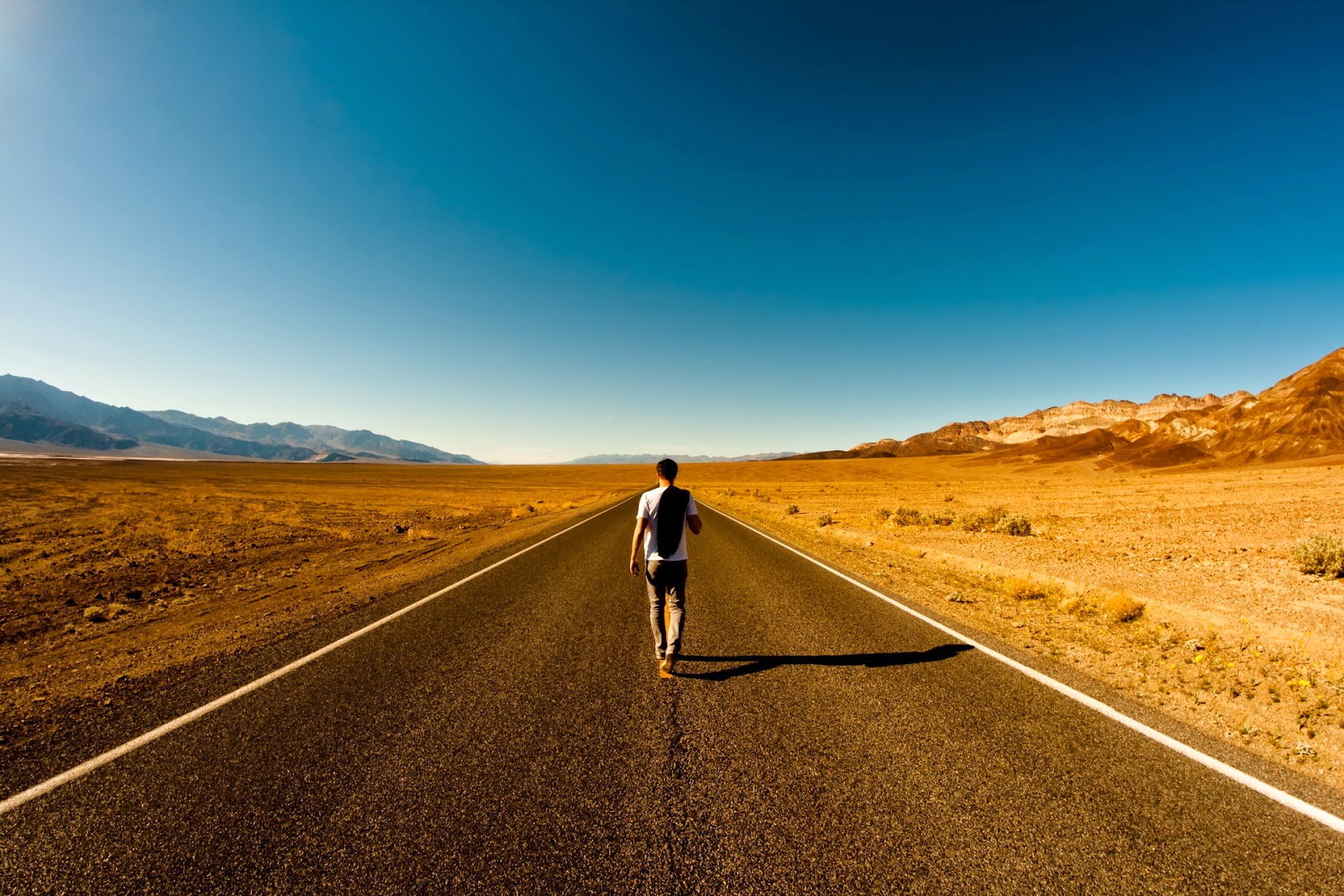 destination? Looking back on the wasted time and energy, you probably thought something

like “how could I have been so stupid?” Looking back you may remember how long it took

process) to your desired location. When you are totally lost, you don’t know which way to go

and sometimes wander aimlessly searching for any clue as to what path to take. If you had to

back track, you might have even thought “it didn’t seem this far when I was going, but it sure is

a long road back.”

painful hours, days and sometimes years on the long road back. The sports world (although

who’ve experienced “the long road back.”

Sometimes we either take or pick up a lot of baggage (weight) along the way. Those who

put them on. They too find it’s “a long road back” to their original weight.

There are many examples of our human endeavors which take us down the wrong road, and

the road nearly always seems longer on the way back. Addicts of all types learn the hard way

that recovery is a long road back.


So it is with religion as well. I am one of those “cult survivors” who was sold (and I do mean

church.” As a youth I attended a number of different denominations and saw many of those

who attended each church through a child’s eyes. I could easily see their hypocrisy (it is, of

course, so very easy to see the speck of sawdust in another’s eye while failing to notice the

plank in our own). These experiences may have set me up to fail for the very different and

exclusive brand of religion that eventually “knocked on my door.” Actually it wasn’t a knock

radio voice that asked a most penetrating question that had been on my mind for several years.

You’ll probably be shocked to hear that question – “Does God Exist?”

You see, I was in my high school years when the theory of evolution was introduced to me. Yes,

it was still regarded as a “theory” back then but many don’t view it as such today. That theory

didn’t “square” with my “religious” upbringing and was unsettling to me. At the same time

“designated” in sturdy buildings such as our school. At the time I lived in western Colorado at

opposite of the “Great Divide.”

not the first – targets to be hit due to NORAD being there. The teacher said that we, living in

the same state but on the other side of the Colorado Rockies, would see this reddish glow and

mushroom cloud rising above the mountain and we should head for the shelter immediately.

in a very vulnerable position. So, one night I just looked north over a different mountain and

prayed, “God if you exist please help me to know for sure.”

cover and then I heard “that voice” on the radio. It was on a Sunday in Hollywood, CA and I

a post hole” as we used to say out on the farm. I had taken a walk up in the Hollywood Hills

to try and clear my head and get above the dark clouds engulfing my mind. Upon returning

but that made me feel worse. So, it was after listening to a brief news update and right on the

that remarkable question I had prayed about years earlier – “Does God Exist?” Of course I was

“hooked” and listened daily from that day forward.

Thus my 40 years of wandering in the wilderness of legalized religion began. What a trip it was!

I was at least as zealous as Saul was before he became the Apostle Paul. I can’t say it was all

bad because in fact I found it fantastic and quite fulfilling. The problem was of course that I was

in my own dimension – “little world”. As time went by I noticed a few “chinks in the armor” or

“flies in the ointment” to use a couple clichés. I fasted and prayed as did the whole Worldwide

Church of God when the leader (who was also “the voice”) – Herbert W. Armstrong’s wife

Loma – was dying from blood poisoning as the result of a rose thorn in her finger. Of course

healer and would do so according to His will.

Years later when Armstrong himself lay virtually dead on the tarmac at an airport in Tucson, AZ

several nurses rushed to his aide and helped revive him. Given the hypocrisy I’d witnessed in a

while not “allowing” it for members did not set well with me. Herbert’s son, Garner Ted

I ever heard in the “Worldwide Church of God” was preached by Mr. Tkach – once I was finally

Herbert Armstrong lost its grip. Not so slowly those “chinks in the armor” grew bigger and

people began “flocking” to other flocks. Then Mr. Tkach died too and his son Joe Tkach Jr. took

over what was left of the original church.

For reasons I’ll not put in writing at this juncture, I was adrift once again and drowning without

a guiding beacon. Finally an “epiphany” occurred and I realized the Beacon had been there ALL

along and I just had not perceived it. That Beacon of course was Jesus Himself – the Light of the

world – and where I should have been focused all along.

Truth Magazine” but totally revamped, renewed and finally pointing in the right direction –

toward Jesus and his grace. I found that it helps to get things in the right order Grace FIRST

and then knowledge (2 Peter 3:18). Legalistic religion brain washing had done its job on me and

taken my eyes off the Good Shepherd. I had been wandering in that wilderness 40 (literally)

years much as did the Israelites after their release from slavery in Egypt. Experiencing the

the long way back.

I think it may actually be more difficult to “un-learn” than it is to learn in the first place. I

developing a wrong habit. It truly is a long way back to Jesus when you have to change your

paradigm or “faith application” (in computerese). Switching from a legal perspective to a

indoctrinated in the former. Thankfully Jesus is the Master of all things and can thoroughly

wash and cleanse both the mind and soul. Yet, it’s still a process and requires time and

experience to reach the ultimate goal/destination. It often seems to be a long way back even

with the burdens are lifted.

I’ve always enjoyed, appreciated and identified with Kris Kristopherson’s song “Why Me Lord.”

In this context his line: “Maybe Lord I can show someone else what I’ve been through myself

on my way back to you” comes to mind. I hope my story might give you something to ponder

as you continue your journey back to Jesus. Praise God – Holy, Mighty, Majesty – Freedom and

Peace at last!
Posted by Brad Jersak at 2:56 PM