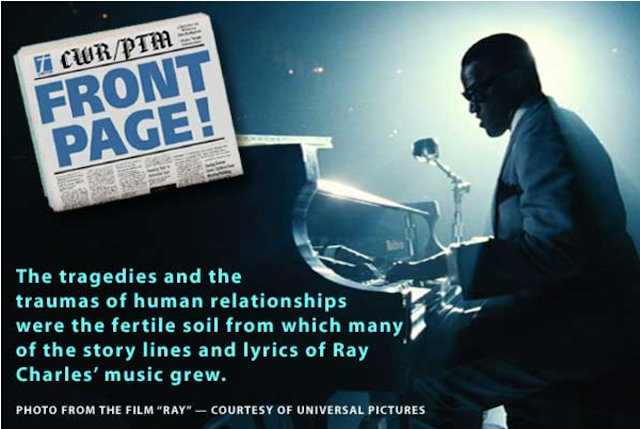 Ray Charles is one of my favorite blues singers of all time. The movie about his life, produced several years ago, won several Academy Awards, and was simply titled “Ray.”
Human suffering has given birth to much of our music, poetry, literature and art. The tragedies and the traumas of human relationships were the fertile soil from which many of the story lines and lyrics of Ray Charles’ music grew.
When I was a teenager I loved Ray’s music—it was catchy, with a sing-along melody line and on a surface level spoke to the adolescent, puppy-love infatuations I felt.
But, as a teenager, I had no idea of the deeper meanings of his music nor did I know until I saw the movie that depicted the enormous pain of Ray’s life, how many of his songs were autobiographical. It took several decades before I would begin to understand the deep anguish behind Ray’s music and lyrics.
The title of one of his songs, “I Can’t Stop Loving You” speaks of the pain that someone has as he or she looks back at a seemingly failed and broken relationship, but they just can’t let go. The song says that they can’t stop loving the object of their affections.
CLICK HERE to continue reading