Editor's note: Zack Hunt is a friend and columnist of CWR magazine. We reposting his blog with a call for our readers to offer a prayer for strength and healing on his behalf. 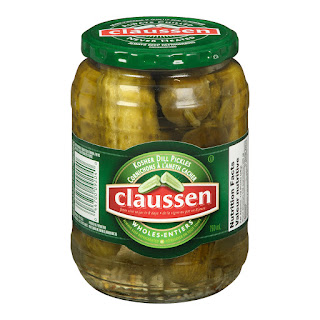 It started with a jar of pickles.
Claussen, of course.
None of that inferior pickle garbage that unnecessarily clogs up grocery store shelves. I’m looking at you, Vlassic. Shudder. And they were dill, obviously. Bread and butter pickles are just a waste of cucumbers.
The first time it happened I didn’t think anything of it.
Like any other normal human being, strong flavors occasionally catch me off guard and make me cough. Sure, a jar full of pickle juice had never done the job before, but I was too concerned with getting my hangry (that’s hungry + angry) 2 year old something to eat to give any thought to a random cough.
But then coughing when I opened up a jar of pickles became a regular and incredibly annoying little quirk. I mean, who does that? It’s just weird. Honestly, it was probably nothing, at least not a real diagnosable symptom, but strong flavored things of all sorts started catching me off guard, causing me to cough for seemingly no reason other than my weak constitution. It was probably in my head, but either way, eventually the coughs starting coming whenever I took a deep breath.
Again, I figured it was nothing.
Maybe just a lingering cold.
But then the random coughing quirks turned into coughing fits and a few weeks ago on the Saturday before me and my girls were scheduled to go out of town and hang out with the grandmothers while my wife attended a conference, I sucked it up and went to a walk-in clinic because the coughing fits had gone from annoying to painful.
I assumed I would go in, get a prescription for some antibiotics, and go home.
My first hint that that might not be the case came when the doctor told me he wanted to take a chest x-ray. Probably just being overly cautious, I assumed. But a few minutes later when he opened the door, popped his head in, and told me to follow him. At that point I knew something wasn’t quite right.
I followed him out to a bank of computers in the middle of the office and sat down in front the computer he had my x-ray pulled up on.
And there it was.
A huge mass on the right side of my chest, just below my clavicle.
Turned out it wasn’t pickles that were making me cough. sorry for me.
Yes, I do have cancer…for now.
Yes, things are more stressful than they used to be…for now.
Yes, there are going to be days when I feel terrible….for now
And, yes, overall life in general is going to be hard….for now.
But it won’t stay that way forever.
I may need to wear a prosthetic beard for a while, but things are going to get better.
Life is going to get better.
Cancer will not be the end of my story.
It’s a chapter in my life I wish I had never been written, but pen has been put to paper and there’s nothing I can do about it now but go on living, go on hoping, go on enjoying every moment I have and look forward to the day when I can finally declare, “I’m cancer free.”