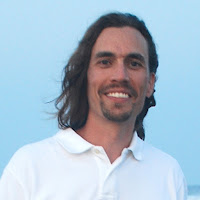 To understand how, it is helpful to see how death has controlled and enslaved humanity. When we talk about Jesus defeating death, we most often think of the death that comes at the end of our life, and how after our own physical death, we will be resurrected to a new life with God in eternity. And while that is part of what the Bible has in mind when it talks about the victory of Jesus over death, I do not think that is only aspect of how Jesus defeated death.

Most murderers do not think of themselves as murderers, but as vigilantes of justice. Their murder of another person was justified. They were righting a wrong, killing a criminal, or invoking vengeance upon some injustice done to them or their family. Every murderer is able to justify his own murder. All violence is “justifiable.” But this justifiable violence leads only to more violence, and as violence escalates out of control, we create scapegoats to bear the accumulated violence into death. We kill others to rescue ourselves from death. While it is true that the wages of sin is death and since all have sinned all will die (Rom 3:23; 6:23), the death which Scripture is most concerned with is not our own death, but the death of others by our own hand.

In human history, we have been able to justify the death of the other by blaming them for everything that has gone wrong (scapegoating), and by justifying the death of one as necessary for the good of all (sacrificing). We justify these scapegoating sacrifices by making the scapegoat into a monster. We convince ourselves that the other person must die because they are the evil sinner, the bringer of pain, sickness, and injustice, the creator of division and strife. In this way we are able to hide the injustice of our own violence by claiming that our violence is justice.

But when Jesus died on the cross, it was evident to all that He was innocent of any wrongdoing. Though we tried to make Him a scapegoat by charging Him with blasphemy, the accusations brought against Him would not stick. When God raised Jesus from the dead, this was the divine vindication of Jesus, proving that all accusations brought against Jesus had been patently false.

So through His willing death as a truly innocent victim, Jesus unveiled the human reliance upon the death of the other as a means to achieve temporary peace. Though we can often rationally justify our violence against others, there is no way to rationally justify the murder of Jesus. But Jesus died willingly to reveal to us that just as we unjustly killed Him, so also, we have unjustly killed every victim in human history and that such violence in God’s name must stop. 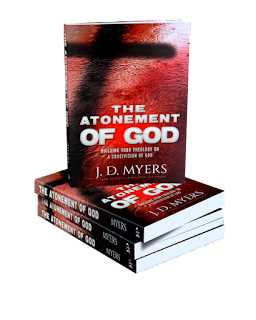 Jeremy Myers is an author and blogger at RedeemingGod.com. This post is drawn from his new book, The Atonement of God, which is now available for pre-order on Amazon.com.
Posted by Brad Jersak at 4:58 PM