On the Grill: An Inquisition of the Sincere - Brad Jersak 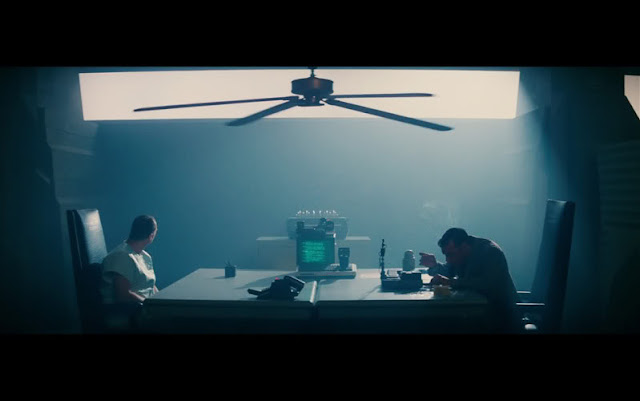 On the Grill: An Inquisition of the Sincere

I’ve been on the grill a fair bit over the decades. Questions, so many questions. And I love questions. There is no greater favor you can do a vocational teacher than ask him or her a question.

These include the happy experiences of Q & A sessions where I really knew my material. Others were designed to be positive, yet felt stressful because the stakes involved were high: job interviews, candidacy committees or the closing viva (oral exams) for my post-graduate degree. Some interviews were promotional, whether on TV, radio or umpteen podcasts—but I still really had to be on my toes. I also underwent a few ambushes involving accusations that left a bitter taste.  Similarly, I’ve faced adversarial investigations where the interrogators were openly hostile—along with the growing pains of moving from defensiveness to detachment and what the Greeks called apatheia (freedom in Christ from being emotionally ‘hooked’).

But the most delightful, profound but highest stakes inquisitions I face come from earnest children with heartfelt queries of faith. The full transcript of one such conversation with a young teen is recounted in A More Christlike God (p. 15-18).

This week, I was served up two rounds of grilling by a very bright, utterly sincere nine-year-old. The parents are used to his never-ending barrage and are fully competent spiritual teachers. But over the last weeks, they’ve been deferring his questions for our inevitable meeting. “You’ll be seeing Brad soon. You can ask him.”

Just as Mal (we’ll call him) kindly assured me he did not want to “disturb” me, so I insisted that his questions were most welcome. However, I added the caveat, “You are free to ask whatever you like, but I will also feel free to say, I don’t know.
Also, I will only respond with my ideas, not with answers.”

In round one, the questions he’d been waiting to ask gushed out:

I marveled at the combination of his insight and empathy, his ability to retain and process difficult texts and that his parents (who were present) gave me such freedom to say what I really think. The hardest part was distilling complex answers into words and ideas and stories appropriate (but also true) to his comprehension level (clearly higher than mine, if we’re including emotional intelligence).

I won’t share my end of the conversation, except that I finally said, “I think I am starting to see the one question—the big concern—behind all your questions.” Readers might also read between the lines and I will leave that to you as a thought experiment. What do you think Mal was asking? What did his big heart need to know? I will add one more question from the conclusion of the session that may tip his hand:

Okay, I will share a few of the questions I heard between the lines and reflected back to him, along with his own conclusions:

We closed the session memorizing John 10:10 together: “It is the thief who steals, kills and destroys. But I came to give you life.”

Some would be disappointed by the ideas I shared with an impressionable child or the conclusions he came to.  I can only promise that my ideas were more nuanced than reductive; I gave more questions than suggestions; his parents were fine with my responses; and that knowing his priest (to whom I defer), still better input is forthcoming.

We resumed my inquisition the following day along nearly opposite (but companion) lines of thought. He began,

I responded, “I think I see what you like about all these people. You like people that save others. And the more they save, the better you like them.” [Also, they all had stints as shepherds of sorts].

Our friend, the songbird Cathy Hardy, wanted Mal to know that stories of great courage are not confined to the Bible. She told the stories of Nelson Mandela, Desmond Tutu and Mahatma Gandhi—modern counterparts to Moses, even exceeding him in ways consistent with the Sermon on the Mount.

Which of course led to another volley of questions:
That last one rattled me a bit. We talked through it a bit more:

Throughout this experience, I learned afresh that the questions someone asks have deeper and bigger questions behind them. The actual questions are often just particular examples that, strung together, reveal broad themes and concerns between the lines.

I also learned that questions might unveil the heart of the questioner. A hierarchy of values emerges, including the questioner’s highest virtues alongside their deepest worries. Being allowed to ask the questions, rather than being shut down by indoctrination and platitudes, opens the door for the questioner’s self-discovery and revelations of the Spirit tailor-made to their needs.

I learned that one’s children and their faith so precious that we ought not leave their formation to random Sunday School experiences with set curriculum and variously skilled volunteers. Sometimes you need to target the questions specifically with teachers you know personally and who really love your child.

We finished round two recalling John 10:10 once again: “It’s the thief who steals, kills and destroys. But I have come to give you life”—a lens that Mal will continue to wear whether reading the Bible or listening to Christian teachers. I began to see this text kick in as an active grid for discernment: “But the Odyssey books say … But the movie version showed …” and I would ask, “Does that seem right?” Sometimes yes, sometimes no, depending on how it stacked up against the words of Christ.

Now I’m processing what I learned and experienced on the grill when I should be resting for round three. And what a grand inquisition it promises to be!