Jesus Died for Us ... Not for God - Brian Zahnd 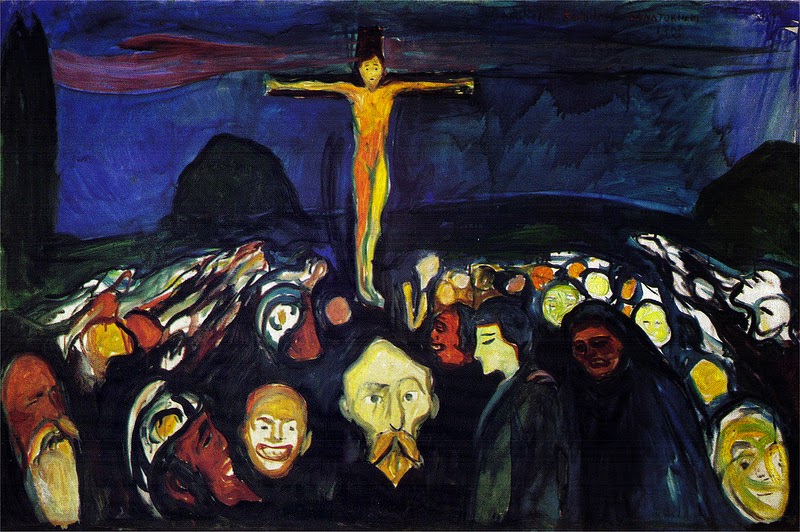 “You killed the Author of life, whom God raised from the dead.” –The Apostle Peter, Acts 3:15

Golgotha is where the great crimes of humanity — pride, rivalry, blame, violence, domination, war, and empire — are dragged into the searing light of divine judgment. At Golgotha we see the system of human organization that we blithely call “civilization” for what it is: an axis of power enforced by violence so corrupt that it is capable of murdering God in the name of what we call truth, justice, and liberty.

Golgotha is also the place where the love of God achieves its greatest expression. As Jesus is lynched in the name of religious truth and imperial justice he expresses the heart of God as he pleads for the pardon of his executioners. At the cross we discover that the God revealed in Christ would rather die in the name of love than kill in the name of freedom. Our savior is Jesus Christ, not William Wallace.

The cross is both hideous and glorious, simultaneously ugly and beautiful. It’s as hideous as human sin and as glorious as divine love. It is a collision of sin and grace. But it is not a contest of equals. In the end love and beauty win. We call it Easter.


Before the cross is anything else, it is a catastrophe. It is the unjust and violent lynching of an innocent man. It is the murder of God. Jesus is sacrificed by the Father only in this sense: The Father sent his Son into our system of violent power (civilization) to reveal how utterly sinful it is — so sinful that it will murder the Innocent One. God did not will the murder of his Son, he simply knew it would occur. But even Plato knew that. In imagining what would happen to a perfectly just man in our unjust world, Plato said, “our just man will be scourged, racked, fettered…and at last, after all manner of suffering, will be crucified.” (The Republic, Book II, p. 37) Plato wrote that three centuries before Christ. God knew what Plato knew. For Jesus to proclaim and inaugurate the kingdom of God in the midst of our unjust and violent world would require a supreme sacrifice.

The death of Jesus was a sacrifice. But it was a sacrifice to end sacrificing, not a sacrifice to appease an angry god. It was not God who required the sacrifice of Jesus, it was human civilization. A system built upon violent power cannot tolerate the presence of one who owes it nothing. The sacrifice of Jesus was necessary to convince us to quit producing sacrificial victims; it was not necessary to convince God to forgive. When Jesus prays for forgiveness on the cross he was not acting contrary to the nature of God, he was revealing the nature of God as forgiving love.

The Apostle Paul says God was in Christ reconciling the world to himself. (2 Corinthians 5:19) And this should not be misread as God reconciling himself to the world…as some mistaken atonement theories do! Jesus died for us…not for God.

BZ
(The artwork is Golgotha by Edvard Munch, 1900.)
The post Jesus Died for Us…Not for God appeared first on Brian Zahnd.