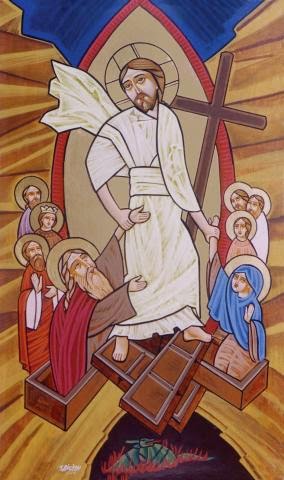 The risen Christ did not merely come back from the dead