Faithful Questioning: Does questioning the Bible mean questioning God or ourselves? - by Derek Flood 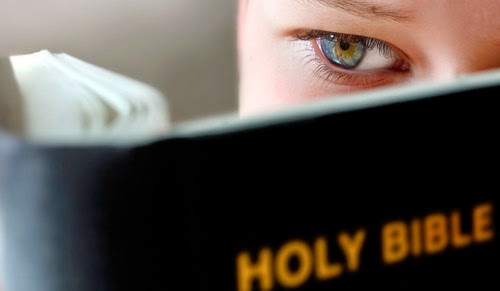 I'd like to propose that the opposite is in fact that case: that questioning the Bible is a necessary part of a healthy and faithful expression of our faith. The reason is that the focus of questioning the Bible is ultimately to question our interpretation and application and thus to question ourselves. The goal is to be faithful. We question so that we can follow better. We question so that we can avoid wrong and hurtful interpretations.

When I question the Bible I am personally not interested in questioning God. That's not our job. However it is our responsibility to question what we humans do in God's name, especially when we can see that we are justifying deeply hurtful things in the name of our religion. Part of that involves questioning our (at times messed up) image of God. Questioning therefore involves humility rather than arrogance because it means recognizing that our understanding of God and of what is good and right is always limited, always "through a glass darkly" as Paul says (and it says a lot that the guy who said that about his own knowledge of God was the same guy who wrote most of the New Testament!).

CLICK HERE for the rest of Derek's blog
Posted by Brad Jersak at 9:14 AM