Christianity in the Age of Nuclear Weapons - Brian Zahnd 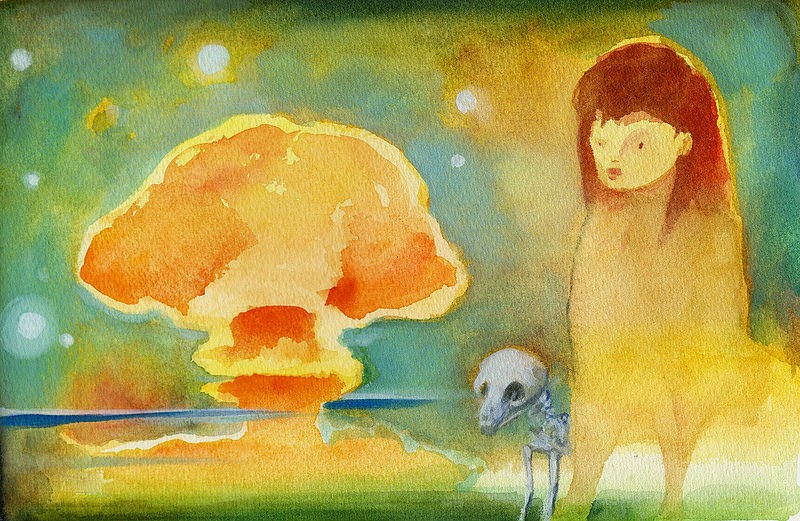 Today is the anniversary of the atomic bombing of Hiroshima. Saturday we will mourn Nagasaki. As we remember Hiroshima, Nagasaki, and the quarter of a million casualties suffered, I would like to share a few words from A Farewell To Mars.
It’s easy to imagine that the world doesn’t really change — that it simply marches around the maypole of violence, trampling the victims into the mud same as it ever has. But as true as that may be, something has changed. We are post-something. If nothing else, we are post-1945 when the enlightenment dream of attainable utopia went up in smoke — literal smoke! — from the chimneys of Auschwitz and a mushroom cloud over Hiroshima.
After 1945 we lost our blind faith in the inevitability of human progress. A threshold was crossed, and something important changed when humanity gained possession of what previously only God possessed: the capacity for complete annihilation. In yielding to the temptation to harness the fundamental physics of the universe for the purpose of building city-destroying bombs, have we again heard the serpent whisper, “You will be like God”?
When Robert Oppenheimer, the father of the atomic bomb, witnessed the first atomic detonation at Los Alamos on July 16, 1945, he recalled the words of Vishnu from the Bhagavad Gita…
“Now I am become Death, the destroyer of worlds.”
When the monstrous mushroom cloud rose over the New Mexico desert, did the human race indeed become Death, the destroyer of worlds? It’s more than a legitimate question. We’ve now lived for over a generation with the most haunting post-Holocaust/Hiroshima uncertainty: Can humanity possess the capacity for self-destruction and not resort to it? The jury is still out. But this much is certain:If we think the ideas of Jesus about peace are irrelevant in the age of genocide and nuclear weapons, we have invented an utterly irrelevant Christianity!
BZ
(The artwork is Mushroom Cloud by Luciano Civettini.)
The post Christianity In the Age of Nuclear Weapons appeared first on Brian Zahnd.