Why Did Jesus Die? Brad Jersak 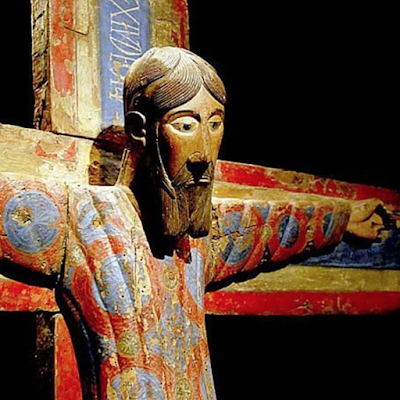 N.T. (Tom) Wright, in his book, The Day the Revolution Began, struck a nerve with the candor of his critique of any gospel that implies, “God so hated the world that he killed his only Son.” Of course, laying bare that image of God draws charges of strawmanning – but if Wright is wrong, then I will rejoice when evangelists stop communicating that very impression. The gospel of our Lord Jesus Christ is far more beautiful than what Wright terms the “paganized” message of wrath-appeasement through divine violence. But Evangelical children of the Reformation have been so conditioned with this ethos of the Cross that I am often asked, “Then why did Jesus die?” as if other than getting his pound of flesh, God’s Good Friday mission were pointless.

In this article, I will respond to that question from three cohesive perspectives.
The Gospel of John and his first epistle present the Incarnation as a love-gift from heaven. God gives his Son—which is to say, gives himself—to the world as a revelation of divine love and his decisive saving act. More on that shortly. The Light of life and love entered this world, but our darkened hearts neither recognized nor received him (John 1:9-12). Jesus died because we rejected God’s love and killed God’s Son. St Stephen calls the crucifixion a betrayal and a murder (Acts 7:52)—the homicide and deicide of the God-man.
Yet even then, John insists, the darkness could not overcome this Light of love and life (John 1:5). Sure, the religious-political establishment could reject divine Love and kill the Christ, but they could not take his life (John 10:18). Rather, Christ lays down his life as a revelation and an act of God’s love, then takes it up again to distribute to the world.
CLICK HERE to continue (originally posted at Nomad Podcast)
Posted by Brad Jersak at 3:47 PM