Walking the World as the Pardon of God - Brian Zahnd 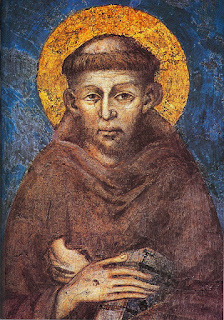 My father died in 2009. He was one of the wisest and kindest men I’ve ever known. L. Glen Zahnd was a judge and at his funeral a man he had once sent to prison for armed robbery came up to me and said, “I’m here today to honor your father. In his capacity as judge he sent me to prison, but he always treated me with respect and kindness. He was as merciful as he could be and he strove to preserve my dignity.” My father was like that — he was a man full of grace. He spent his last few months in a Franciscan nursing home called La Verna. It’s named after the place where St. Francis of Assisi received the wounds of Christ. In his final years my father suffered from dementia and could barely communicate. But whenever he was asked if he would like to receive Communion, he always managed to say yes. Even as his mind and body were failing him, this man known throughout the community for his kindness wanted to maintain his connection to grace.

G.K. Chesterton suggested that Saint Francis walked the world like the pardon of God. It’s an apt summary of the saint’s life. Francis embodied the grace of God as he walked the hills of Umbria barefoot in his patched brown habit and simple rope belt, preaching to birds and bishops. His life was a kind of performance art protest against the pervasive sins of thirteenth-century Italy — pride, avarice, corruption, and violence. Yet sinners themselves were drawn to Francis. How else do we explain why, in his lifetime, forty thousand people joined his rigorous order of radical Christianity emphasizing poverty, simplicity and humility? Like Jesus, Francis could uncompromisingly denounce systemic sin, while extending genuine compassion to the people caught in its pernicious web. To be a prophetic witness against systems of sin and a preacher of God’s pardon for sinners at the same time is the peculiar grace at which Francis excelled and to which the church is called.
CLICK HERE to continue
Posted by Brad Jersak at 7:29 AM