Walk the World Like the Pardon of God - Brian Zahnd 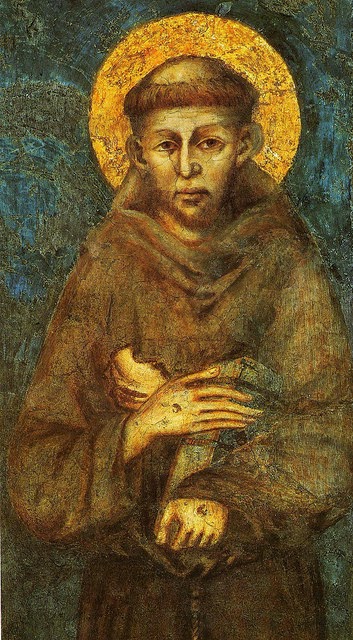 G.K. Chesterton suggested that Saint Francis of Assisi “walked the world like the pardon of God.”It’s an apt summary of the saint’s life. In his wonderful and unique way Saint Francis embodied the grace of God as he walked the hills of Umbria barefoot in his patched brown habit and simple rope belt preaching to birds and bishops. His life was a kind of performance art protest against the pervasive sins of thirteenth century Italy — pride, avarice, corruption, and violence.
Yet sinners were drawn to Francis. How else do we explain that within Francis’ lifetime forty thousand people joined his rigorous order of radical Christianity emphasizing poverty, simplicity and humility? Like Jesus, Francis could uncompromisingly denounce systemic sin, while extending genuine compassion to the people caught in its pernicious web. To be a prophetic witness against systems of sin and a preacher of God’s pardon for sinners at the same time is the peculiar grace Francis excelled at and the church is called to.
Two years before his death Francis retreated to the secluded hermitage at La Verna in the mountains of Tuscany for a protracted season of prayer. While there he experienced a mystical vision that resulted in his stigmata — the reproduction of the wounds of Christ in his own body. Francis bore these painful wounds until his death in 1226. Admittedly, this is a mysterious phenomenon, but I am willing to view it as Francis’ final dramatic testament to how the church is to be present in the world. Along with being a prophetic witness against the principalities and powers, and bearing joyful witness to the pardon of God, the church is called to participate in the sufferings of Christ.

The only Christian theodicy which I find credible is the confession that God does not exempt himself from the horror of human suffering, but is fully baptized into it. God in Christ joins us in a solidarity of suffering, and somehow by his wounds we are healed. Christ saves us from sin and death only by hurling himself into the abyss. The ultimate imitation of Christ is to patiently absorb sin and offer pardon in the name of love. This is grace.
CLICK HERE to continue reading
Posted by Brad Jersak at 7:17 AM