"Is it ever God's will for Christians to employ violence in defense of justice?" Derek Vreeland 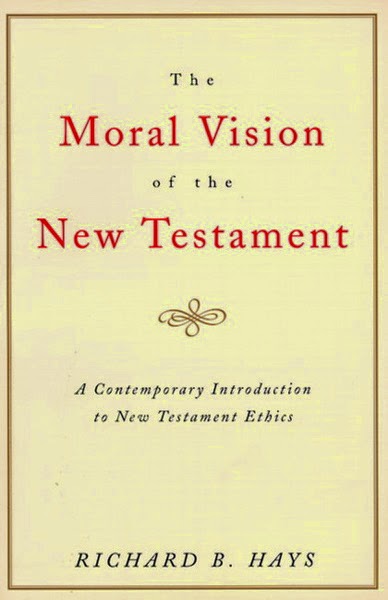 Editor's Note: Derek Vreeland serves at Word of Life Church in St. Joseph, Missouri and is the author of Primal Creedo. Herein, Derek responds to Trevin Wax's critique of Richard Hays' book, The Moral Vision of the New Testament. Wax's critique can be viewed HERE.

Three responses to your three-point critique of Hays’ view on violence.

First, the application of Romans 13 into our modern American context is indeed complex. I agree with Hays that the church (since Constantine) has struggled with the sin of nationalism. American Christians (in general) have to acknowledge the idolatry of nationalism, repent of it, and begin to form an identity in Christ separate from our national identity. Once we define ourselves by Christ first and foremost, then we subordinate our love for the nation below our love for Christ. Some will see this as hate, but it is just a subordinate kind of love (see Matthew 14:26). Only within this critical distance of identity can we clearly apply 1 Corinthians 13. Yes God has given the sword to the State, but how would Jesus speak to the US Government, the pentagon, or the industrial military complex (the masters of war)? Would he not preach to them enemy love? Should the ruling authorities who are represented by the citizens they govern defeat the weak and innocent by thwarting evil-doers? Yes, of course. The question is how? How would Jesus instruct them? Would he instruct them in the ways of war or would he instruct them in ways of making peace using the utmost consideration for the loss of life including the life of the enemy? It seems to me he would instruct them in the latter or perhaps he would instruct them in some other way?

The Righteous Anger of Jesus

Second, where do we see the “righteous anger” of Jesus resulting in violent killing?
We don’t. Jesus had the option of zealotry, the Maccabean-approach to embodying the kingdom of God, but he rejected it. When James and John asked Jesus if they could call down fire from heaven to consume a Samaritan (enemy) village, Jesus rebuked them. Indeed anytime Jesus was tempted by violence he refused it. The just war theory is based more in reason and experience, than a synthesis of New Testament ethics. A theological question that I find helpful in synthesizing NT ethics on the matter of violence is this: “Will there be war in the age to come?” Answer: no. Granted we live in the overlap of ages, but aren’t we (the church freed from nationalism) called to embody the values of the age to come? In this overlap of ages we understand that SOME acts of violent force will be necessary to thwart “evil-doers,” but shouldn’t the church be the voice of moral constraint, when the state wants use war-like tactics to thwart “evil-doers?” If God has given the sword into the hands of the State, then the church should be the voice of Jesus to Peter saying put away the sword? Yes the State has the metaphorical sword, but wouldn’t Jesus lead the State towards constraint? After all, according to Isaiah, in the rule of Messiah we will beat our swords into plowshares and learn war no more. The fullness of the kingdom of God is no sword, no war. So is Jesus leading humanity towards this kingdom-come, teaching us the ways of peace, or is Jesus teaching humanity how to use the weapons of war in order to kill?

Third, the self-giving love of God is in no way contrary to the justice of God, but what we mean by justice is to be interpreted by what we mean by love. God’s love is not the co-dependent kind of love allowing human beings to do whatever they want to do and saying, “It’s all ok.” God’s acts of judgment (both present and eschatological) flow from his love. God is not a mixture of 50% love and 50% anger/wrath/hate. God is 100% love. Indeed God cannot be perfectly loving and not hate evil, but does this hate of evil mean his judgment includes the violent killing of God’s enemies? Jesus didn’t say “Love your enemies *wink* *wink* because I am coming back to kill them.” He said “Love your enemies because in doing so you will be sons of God who is kind to evil-doers” (Luke 6:35-36). Kindness to evil-doers does not mean we allow them to perpetrate acts of violence. We do everything we can to stop them, using force when necessary, but not trying to kill them. Revelation shows us the reigning Christ who rules and judges not by slaying his enemies but by being slain. He judges by the words of his mouth not the violence of his hands. The sword in Revelation 19 is in his mouth; not in his hand. Jesus will come again to judge the living and the dead and there will be those who go into eternal punishment and those who go into eternal life, but again this act of judgment flows out of God’s love not the petty human emotion of anger we too often want to thrust upon him.

I realize these comments do not answer the heart of the question: “Is it ever God’s will for Christians to employ violence in defense of justice?” I suppose my answer would be far too complicated because “God’s will” and “violence” are too broad of categories for a concise answer.
Posted by Brad Jersak at 11:11 AM